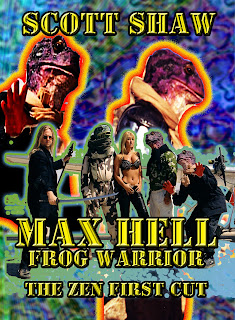 It’s interesting… Every now and then people hit me up on Facebook or Instagram or somewhere and tell me about the what’s what of the what’s going on.
Today, some guy contacted me, letting me know that an apparent Screener Copy of Toad Warrior was up for auction on eBay and he was wondering if he should bid on it.
I found all of this karmically serendipitous as I had, just the other day, written a blog mentioning Max Hell Frog Warrior AKA Toad Warrior.
Anyway, I took a look at the auction and I don’t where the seller got that video tape but it was not an actual Screening Copy, at least not from the source: namely Don or I, even though it did have my name on it: Scott Shaw, Toad Warrior, Screener Copy, and a phone number. It must have been some sort of bootleg or something???
Here’s a secret that you may not know and a way to tell if a VHS tape is an original or a fake for those of you who weren’t in the film game back in the days of video tape. If there is video picture separation and a light glitching along one of the sides of the tape, normally the left side, it was a VHS-to-VHS transfer and not a transfer from a Beta Master. FYI.
More interesting than even that was/is the fact and the question, “Why do these video tapes sell for so much money?” I mean, I should sell the ones I have. They would equal a big chunk of change. Plus, they aren’t a bootleg. They are a Valid Original. Even more than that, I could print more copies—make more money. I’m the one with the Masters collecting dust in my Film Vault. But, I was never about the money… I was just about the art… Stupid me… :-)
Anyway, back to the question, what makes these video tapes so valuable? The quality of the picture and the sound are not that great. I mean, sure they take you back to a place in time but was a bad picture with not great sound actually a better viewing experience? I mean, the DVD is still available and you can watch Toad Warrior on Amazon Prime Video. So???
And remember, Don and I never wanted that version of the film to be released in the U.S. We didn’t like the cut. I was forced to release it on DVD because someone/somehow, probably stolen from one of the screening houses, got a Beta copy of the film and then sold it to a distribution company who released it without our permission. Just a bit of history for you… Plus, if you truly care about the legacy of Donald G. Jackson, Zen Filmmaking, and myself you wouldn’t try to make a buck by selling a bootleg copy of Toad Warrior on eBay.
In closing, this is just a note to all you people out there… Be warned… There’s a lot of fakes. Maybe you don’t care? I don’t know? But, to whomever paid all that money for that video tape, just know that it is not a True Source Copy.
As for the guy who contacted me, I’m going to sent him one of the original video tapes of Toad Warrior; signed. A real Screening Copy. No charge.

Like I used to sign my letters back in the days of Max Hell:
This is Life.
This is Zen.
This is Scott Shaw Signing Out.
Zen Filmmaking! 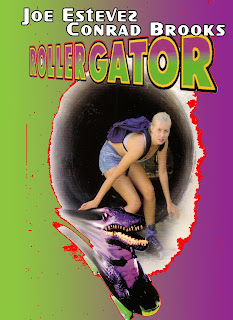 Rollergator on YouTube
Just wanted to let all you people out there know that we uploaded Rollergator to YouTube. You can watch it in it's entirety. Click on the title.
at November 08, 2021

Email ThisBlogThis!Share to TwitterShare to FacebookShare to Pinterest
Labels: Rollergator 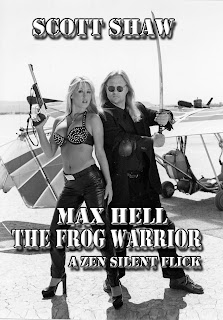 Here's a great rock song with references to the Frogtown Series. 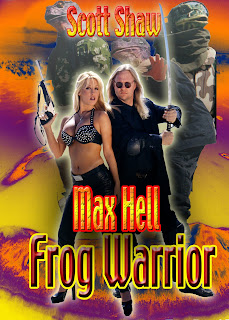 As of 4 June 2021 Amazon.com will no longer be distributing films on DVD from Independent Film Production Companies like Light Source Films but you can still view Max Hell Frog Warrior and Toad Warrior on Amazon Prime. Click on the title below to view the film.

Max Hell Frog Warrior: The Story of the Production 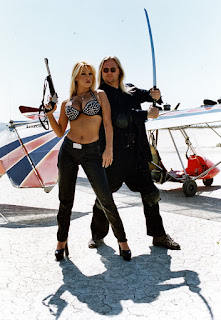 Read the article at:  Max Hell Frog Warrior: The Story of the Production
at May 16, 2019

Max Hell Frog Warrior: The Facts and the Fiction 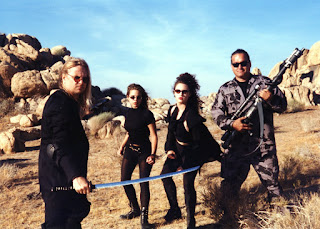 Read the Interview at: Max Hell Frog Warrior: The Facts and the Fiction.
at May 16, 2019

Max Hell Frog Warrior The Zen First Cut   The never before seen first cut of the Zen Film that became Toad Warrior and evolved into Ma...

Scott Shaw
Hi Everyone, I’m an Author, Filmmaker, Actor, Composer, Photographer, Artist, Blogger, etc... As an author, I've written a bunch of books that are available everywhere. Plus, they have been translated into a lot of different languages. So, you can find them around the world. As a filmmaker, back in 1991, I created a new style of filmmaking that I titled, Zen Filmmaking. In essence, the primary premise behind Zen Filmmaking is that you don't use a screenplay in the creation of a film. Instead, you allow the spontaneous creative energy of the moment to be your only guide in the filmmaking process. I've made a bunch of movies based on this style of filmmaking. In a nutshell that’s me… Hit over to scottshaw.com for the all and the everything Scott Shaw. Be Positive!